On the 7th of March 2018 the author Patrice Lawrence visited the European School RheinMain and presented her book “Orange Boy” to the students of the 10th grade. 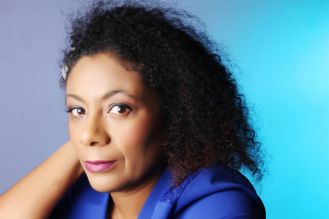 The author didn’t only present her book, but she also spent some time telling us about her life and how she became an author. Personally, I thought that was the best part of her visit, as she had lived a unique life and she grew up in a multicultural, unusual family. Patrice Lawrence was born in Sussex, and was brought up in an Italian-Trinidadian family, which isn’t the kind of family I have ever heard about before. The writer has been in extraordinary situations which she spent a short amount of time telling us about, which all added up to why she became a writer, and why she writes fiction novels. She told us about how she was at the winter wonderland carnival in London, which inspired her and many more instances which inspired her to write fiction novels.

She made a PowerPoint presentation with pictures of her life, starting from the beginning until now. The author told us about her family and applied her story and onto the characters in her book, she added why the boy in “orange boy” has a dysfunctional family, and that is because the boy wants something different. She read out a few pages from Orange Boy and told us about how it was difficult to write as a teenage boy, however the writer managed to do it very well which the students were impressed by.

Patrice Lawrence then added that she had constant support from her daughter, who inspired her and always gave her new ideas. She also mentioned that when she does not write, she feels as if she has too many thoughts and can’t think properly. She felt as if she had too many tabs open in her brain, which was hard to understand at first but started to make a lot sense towards the end. The fact that the author was so open and real with us is what caught my attention and made me want to know more about her, and the story behind her novel.

The writer told us about the importance of names, furthermore she asked us what our names meant which got us to think the ways she does and understand the meaning behind names. In general, the author inspired me to think in a different, more creative way.

To conclude, the students also enjoyed learning about the process of publishing a book and what it`s like to be a writer.

This site uses Akismet to reduce spam. Learn how your comment data is processed.